Al-Taay on his scholarship contract

Midfielder Mohamed Al-Taay on signing his first professional contract with the club and stepping up into the first team from the Academy.

Having impressed Wanderers head coach Carl Robinson during pre-season, Al-Taay featured in a number of pre-season matches in the centre of midfield, earning himself a scholarship contract in the process.

The contract means a lot for Al-Taay who has worked his way up through the Wanderers Academy system.

“I was just very happy to be honest. I have to thank the gaffa for believing in me and then my family and friends as they’ve always been there for me,” said Al-Taay.

“I just had to stay patient and whenever my chance came I just have to take it.

“It means a lot because I’ve put in a lot of hard work and it’s good to put a smile on my parents faces.” 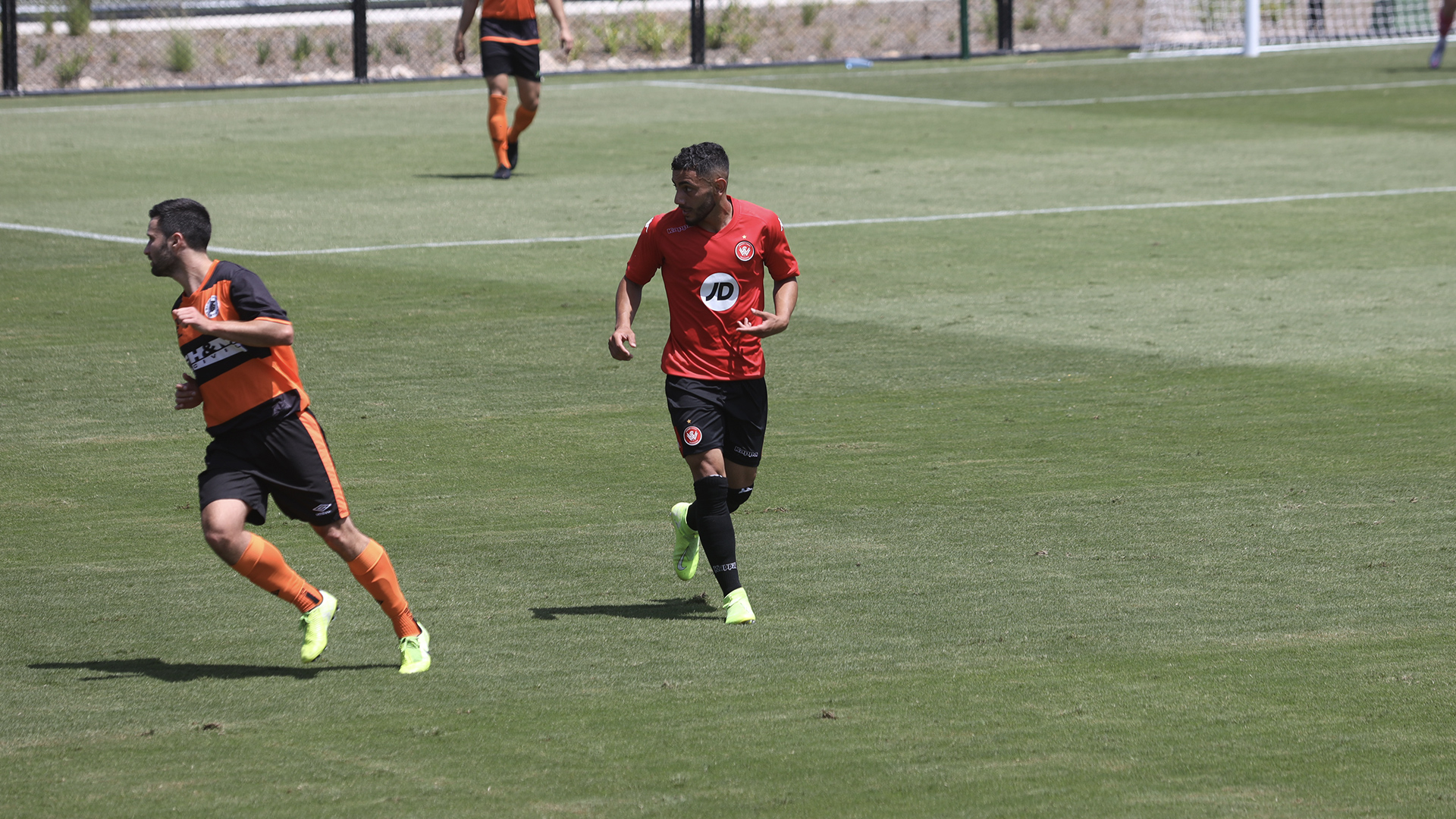 Al-Taay has been a Wanderer since 2016 and more recently was the captain of the club’s National Premier League (NPL) first team where he gained a wealth of experience.

“It’s been very good to be honest playing against men in the NPL,” explained Al-Taay.

“It has helped me a lot and also as a captain, I was honoured to take the armband and to be a leader for the boys.

“It was a chance to show myself and prove that I’m ready for the next step.

“When the new gaffer came in it was my chance to show myself, it was a fresh start so I was just ready for the opportunity, so I just have to give everything in training.”

The scholarship contracts means a bit more for Al-Taay who grew up in Western Sydney and started his football journey as a junior at Marconi Stallions.

“We know they spent a lot on memberships so it’s just important that we put a smile on their faces and give 110% on the pitch.”