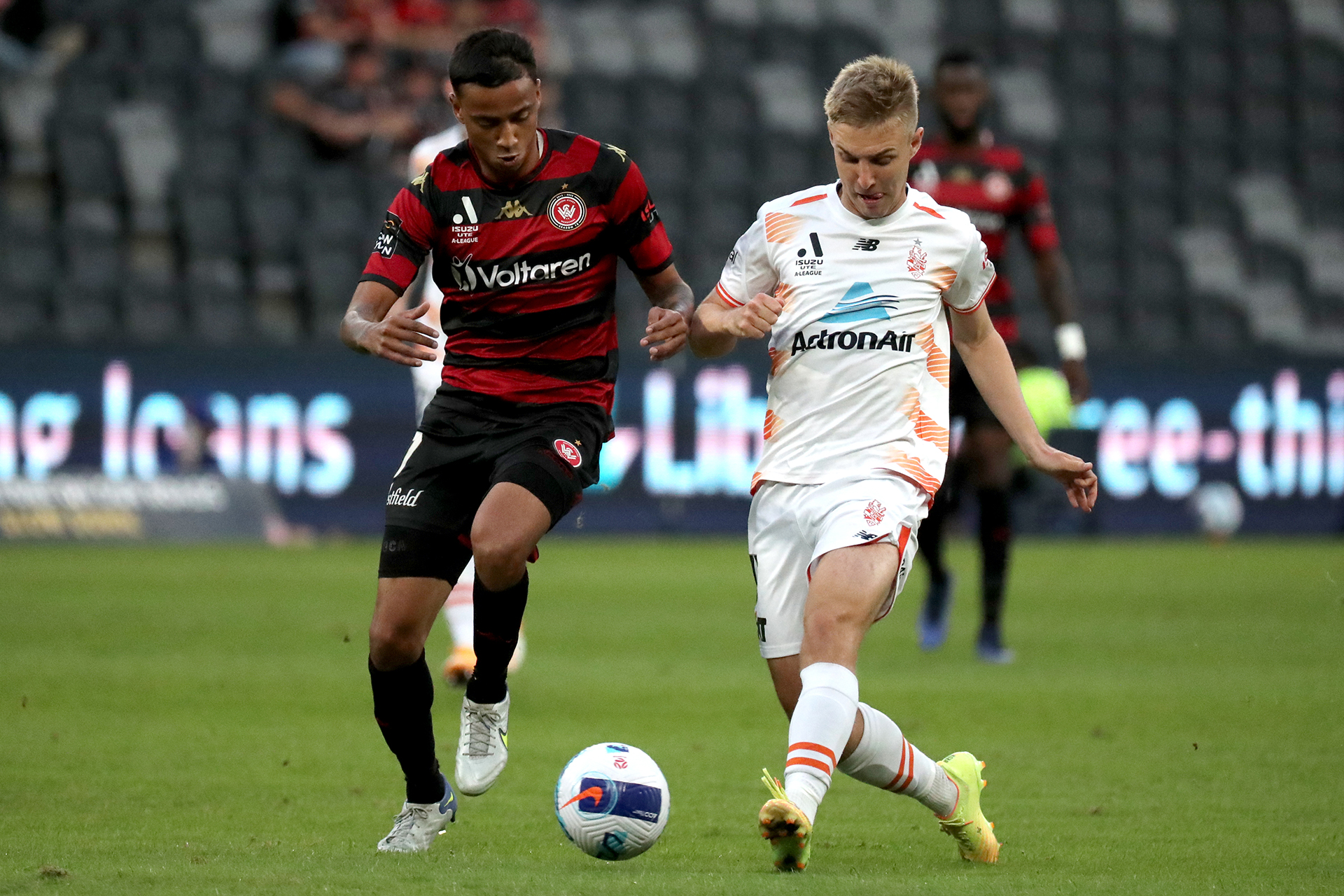 The Western Sydney Wanderers and Brisbane Roar will look to qualify for the Australia Cup Round of 32 on Friday evening as the two sides face each other at Wanderers Football Park.

The Wanderers are coming off a tumultuous A-League Men season as former head-coach, Carl Robinson was dismissed half-way through the season and the Red & Black finished outside the top six by over 12 points, only racking up six wins this season.

The away side, Brisbane Roar were the only side out of the two teams to pick up victory this season as a Nikola Mileusnić double helped the Roar to a 3-0 victory at home back in January this year.

Despite being winless since April 20, the Wanderers are heading into the clash on Wednesday evening as the side with the better form defeating the Jets 3-2 at home before drawing with Perth Glory and Macarthur FC in the final weeks of the league season.

The meeting between the two sides one month prior to the Australian Cup Play-Off looked as though the Wanderers had sealed victory at CommBank Stadium before Daniel Margush was sent-off for a “rugby-tackle” on Alex Parsons, allowing Roar midfielder Jay O’Shea to claw back a point in the 91st minute.

The Red & Black started their Australia Cup 2021 campaign by defeating Broadmeadow Magic 3-0 at No 2. Sportsground but were stunned by giant-killers APIA Leichardt 2-1 at Leichardt Oval in the next round.

The Roar stormed through the Round Of 32 and Round Of 16 clashes against Peninsula Power and Queensland Lions respectively before being defeated 1-0 by Sydney FC in the quarter finals.

You can watch all the action live and free via 10 Play. All the details on how to set 10 Play up are here.

For those in  countries without a host broadcast rights holder, you can live stream the game via the MyFootball YouTube channel.