Kearyn Baccus has been named the Wanderers 2017 AFC Champions League Player of the Tournament presented by AETOS Capital Group.

Having been instrumental in the Wanderers’ run to the Hyundai A-League finals series, Baccus was one of the standout performers in the AFC Champions League, playing in every single minute of the campaign.

The 25-year-old was instrumental in both of the Wanderers’ two victories in the tournament and has now featured in two AFC Champions League campaigns, having made two appearances in the 2015 edition. 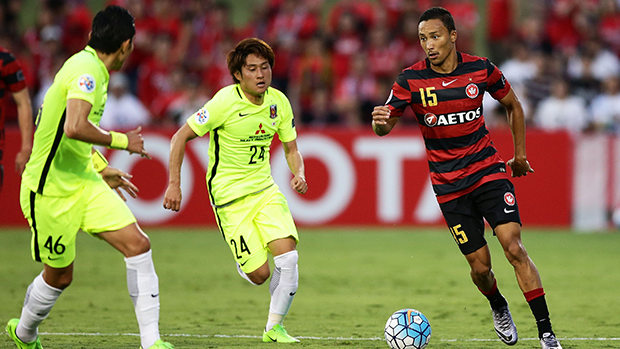 Baccus said he was pleased to have been recognised for his performances.

“At the end of the day it’s a team effort. Unfortunately we didn’t get the best results in the tournament this year, we’ve been unlucky in a lot of games but I think the boys played really well,” he said.

“The coaching staff have taken my game to another level. I’m forever grateful and I just have to keep working hard.”