Back to his roots

Bernie Ibini on being a product of Western Sydney.

It’s been over four months since Ibini made the move to the Red & Black with the towering and powerful striker slowly finding his feet and form for his hometown club.

Linking up for the third time of his career with head coach Carl Robinson, Ibini is finally back home and a Wandererafter a career that has spanned the globe.

Saturday night won’t be Ibini’s first Sydney Derby experience, having featured in six previously thanks to his two-season stint at the Sky Blues between 2014-2017.

But it will be the first time Ibini will have the Red & Black on his side on home turf, an experience he’s set to cherish.

“It’s going to be amazing, the fans always try their hardest to support us even in the toughest of games,” said Ibini.

“I’m looking forward to having their support and hopefully getting a win in that game.” 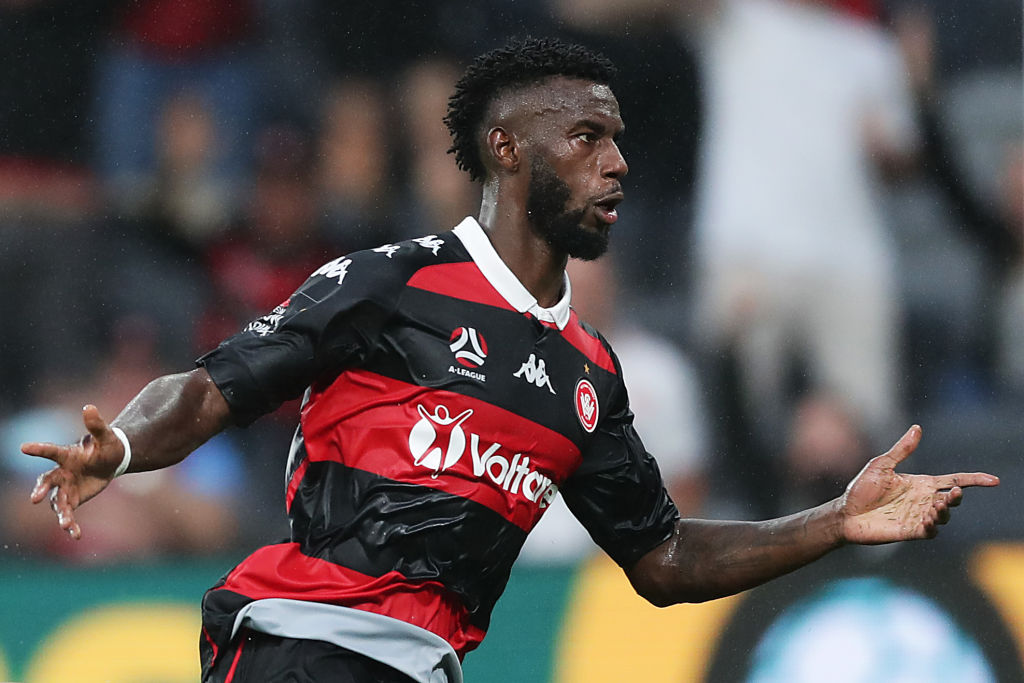 Growing up in the Canterbury region and starting his career as a junior for Earlwood Wanderers, Ibini has credited the Western Sydney region for his passion for football.

“Growing up in Western Sydney has been enjoyable, it’s made me who I am today,” said Ibini.

“In terms of football (in Western Sydney), it’s always had a rich football culture and I’ve always played football with my friends and family.

“They’ve always supported me with my football so Western Sydney is definitely ingrained in me.”

Since returning back to the A-League last season, Ibini has only experienced one Sydney Derby as a Wanderer with the most recent fixture ending in a 1-1 stalemate at ANZ Stadium.

Experiencing first-hand the tense atmosphere and pressure of the Derby in the 2020/21 A-League season, Ibini believes both sides were left disappointed with the final result of the match.

“It was a tense game as all Derbies are,” explained Ibini.

“They (Sydney FC) started off a lot better than us in that match but in the second half we improved a lot, we were a lot stronger so it could have gone either way.

“But I think if we can capitalize on our chances and hold them out, and have a good defensive performance then we will be able to take our chances when they arrive.” 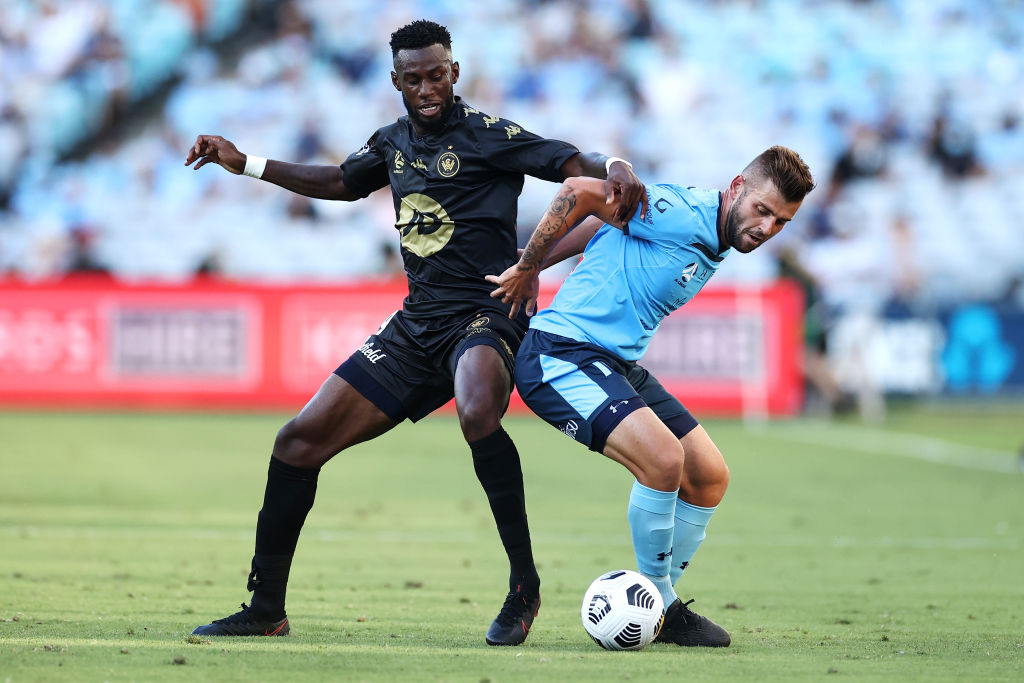 The Wanderers will head into the Derby match after a number of underwhelming performances, the most recent being a 5-4 loss against cellar-dwellers Melbourne Victory at Marvel Stadium.

A result against Sydney FC will be a lifeline for the club’s Finals Series hopes and will also be important for the team’s confidence heading into the business end of the season.

“The game is massive,” said Ibini.

“You can tell how much it means to the fans and I’m sure these types of games, when you win means so much more.

“When it was a draw in the last match you could tell that both sets of fans were disappointed and they would rather see a winner.

“It’s a super important match and the fans are looking forward to it as both sets of players are.”

With three points, bragging rights, and the pressure of the match all coming to a head on Saturday night, Ibini and the Wanderers will be ready to give their all in what is set to be another historic Sydney Derby.