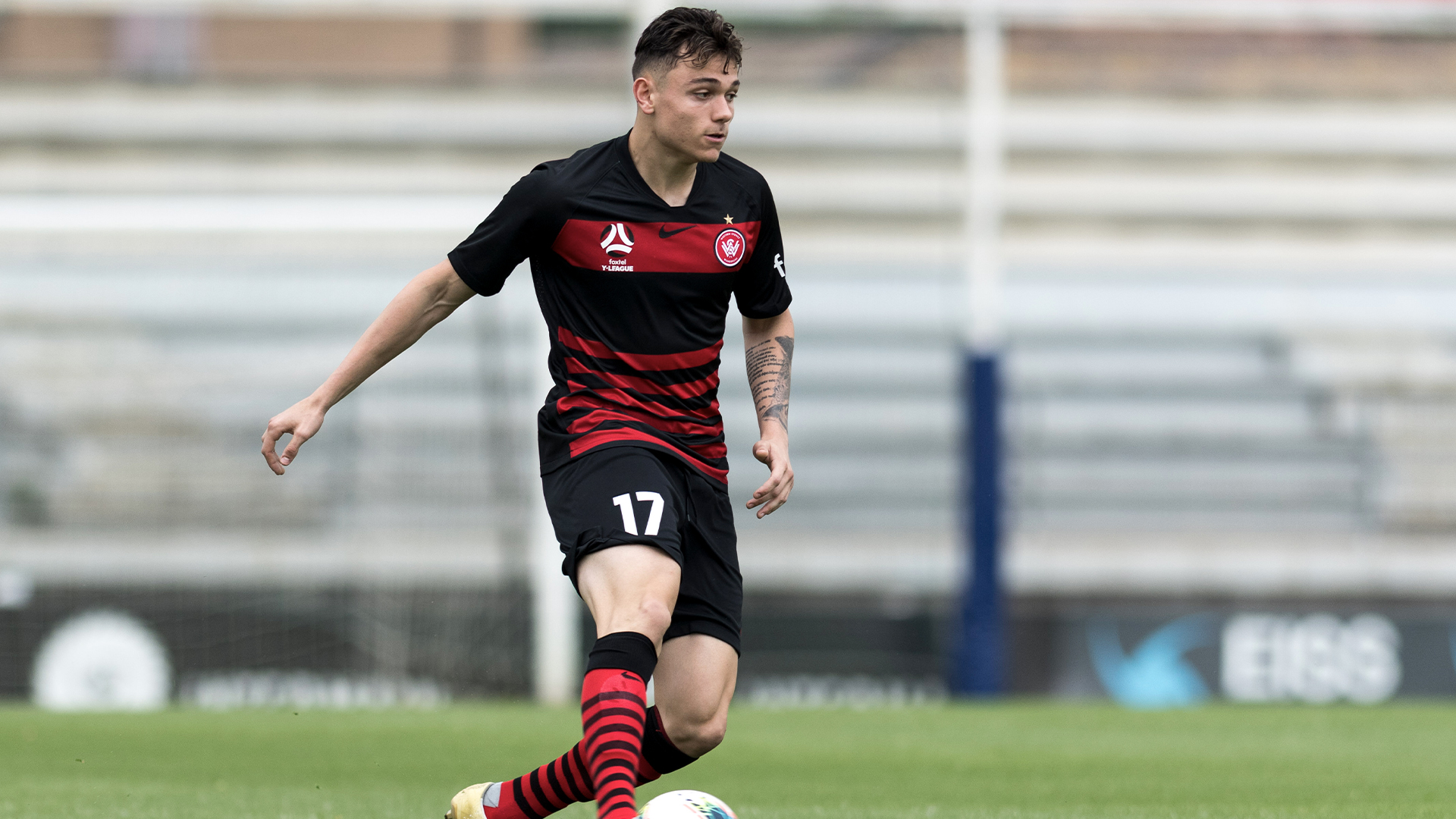 The Wanderers Foxtel Y-League squad play their next match on Saturday afternoon when they take on Canberra United at Valentine Sports Park.

The Wanderers will be looking to maintain a 100% winning record against the side from the nation’s capital after wins in each of the five previous meetings.

The last time the Red & Black played Canberra was back in Round 2 at Marconi Stadium, goals from Mathieu Cordier and Kosta Grozos resulting in a 2-0 victory.

Both sides are looking to bounce back from recent defeats to Central Coast Mariners.

The Wanderers lost 1-0 to the Mariners last weekend, while Canberra’s most recent outing was three weeks ago, where they suffered a 2-0 defeat to Central Coast.

For the Red & Black, Noah Pagden continues to impress.

Able to play at centre back or left-back, the 18-year-old was rewarded for his performances with a two-year scholarship contract in October.

Pagden has been busy with the Young Socceroos in recent months: in August he was part of the squad that won the 2019 AFF Under-18 Championship, and then in November he helped them qualify for the 2020 AFC Under-19 Championship.

Rory Jordan is another player who has caught the eye over the last 12 months.

The 19-year-old joined the Wanderers Academy in 2018 from Marconi Stallions and now features regularly in the Foxtel Y-League after establishing himself in the NPL 2 1st Grade side over the winter.

A versatile player, Jordan usually lines up on the wing but can operate in midfield, and he has also played for the Australian Schoolboys.