The Red & Black finished the Foxtel Y-League season on a high after defeating Newcastle Jets 6-4 at Valentine Sports Park on Saturday night.

The Red & Black finished the Foxtel Y-League season on a high after defeating Newcastle Jets 6-4 at Valentine Sports Park on Saturday night.

Mohamed Adam was the start of the show with a first-half hat trick while the other goals came from Ali Auglah, Nicholas Sullivan and Kosta Grozos.

The Wanderers started brilliantly and Jordan O’Doherty almost celebrated his return from injury with an early goal but his 20-yard effort rebounded off the post.

Adam then gave the Wanderers the lead on ten minutes, turning well and drilling a shot past Jets goalkeeper Keegan Hughes.

The striker then turned provider four minutes later as Adam’s low cross from the right flank set up Auglah for his first Y-League goal.

Midway through the first half it was 3-0 and once again it was Adam doing the damage.

Adam got on the end of a nice through ball from Dean Pelekanos, before beating a defender and finding the bottom corner from outside the area. 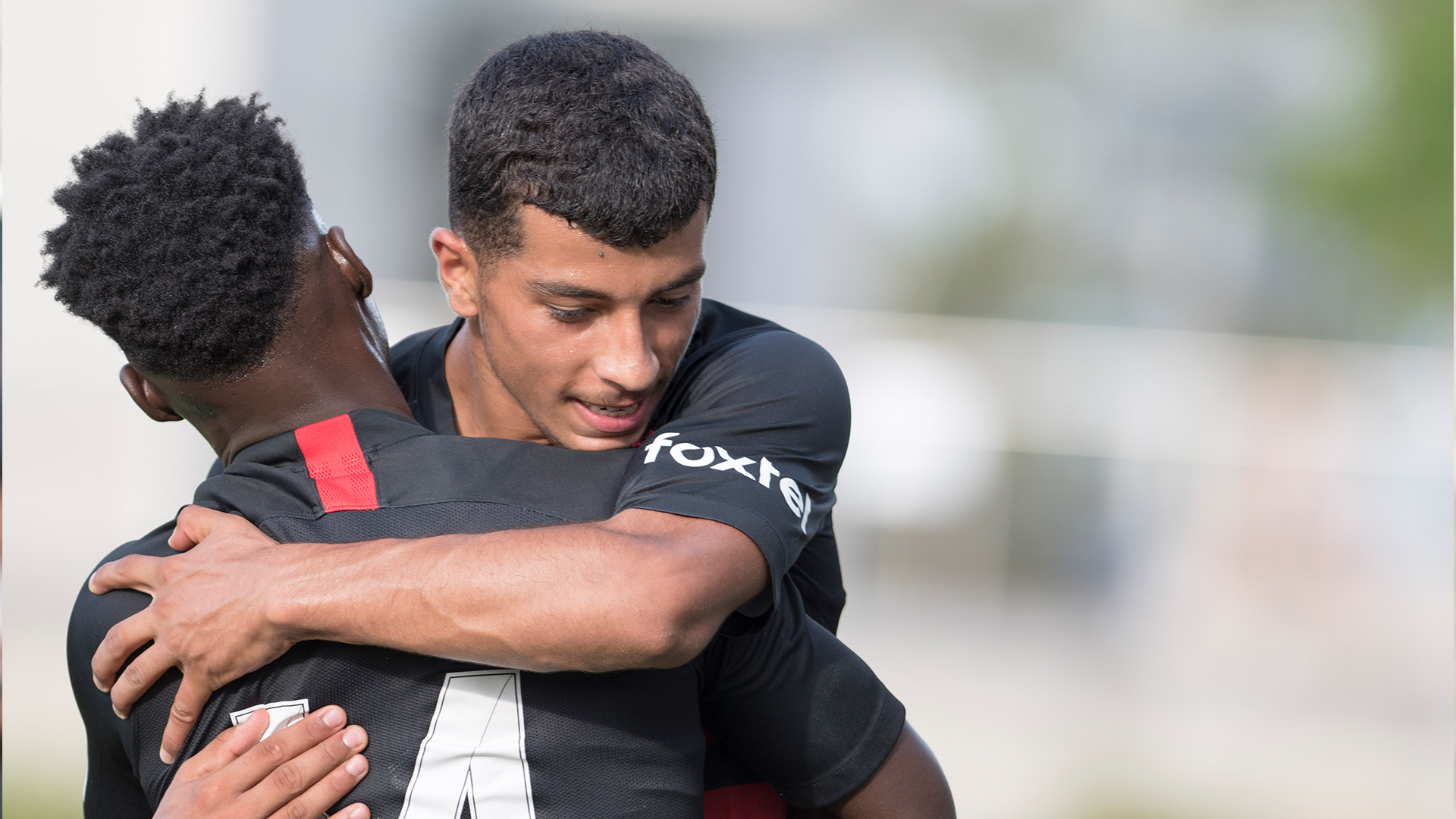 Newcastle hit back with two quick strikes from Bailey Wells and Lucas Mauragis, pulling the score back to 3-2.

The Wanderers responded and in the 40th minute Mathieu Cordier found Sullivan inside the area.

Sullivan’s shot was saved, but Adam was on hand to score from the rebound, making it 4-2 and completing his hat trick.

The Red & Black kept the pressure on after the interval, Noah Pagden going close with an audacious attempt from inside his own half. Sullivan then scored our fifth of the game on 56 minutes, rising highest to head Cordier’s left wing cross into the top corner. 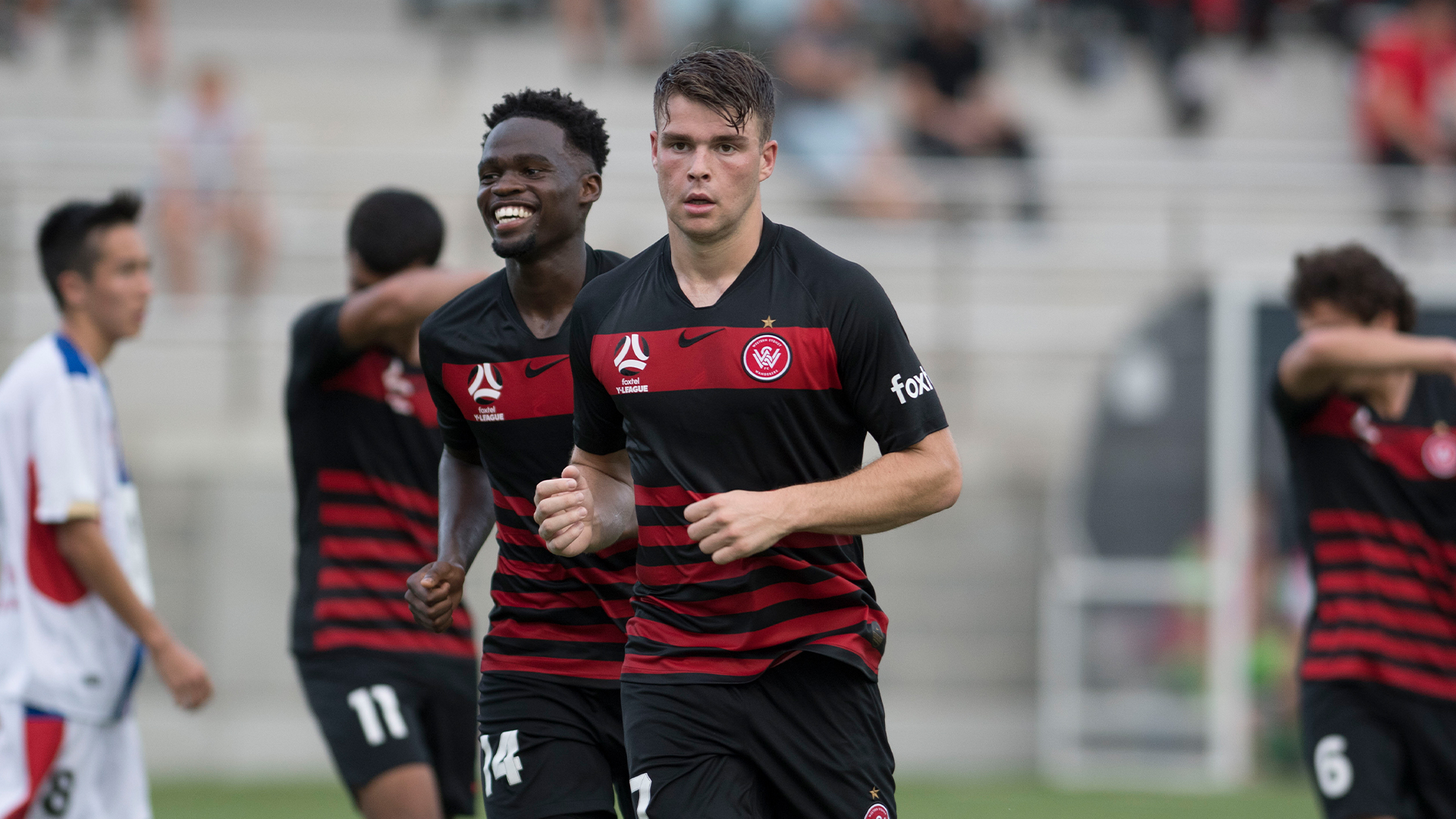 Confidence was high by this stage. Mohamed Al Taay moved forward from defence and had a couple of chances, but the Jets were able to deflect his shots wide of the target.

Then in the 67th minute, Grozos made his mark on the contest.

Grozos skipped past a challenge, exchanged passes with Sullivan and slotted the ball past Hughes to make it 6-2.

There were some nervous moments as Jack Simmons and Patrick Langlois scored for the Jets to halve the deficit, but the Red & Black weathered the storm.

The Wanderers had late chances courtesy of Jarrod Carluccio and Grozos, while Dauntae Mariner nearly scored a goal on his birthday, but Hughes was able to make the save. 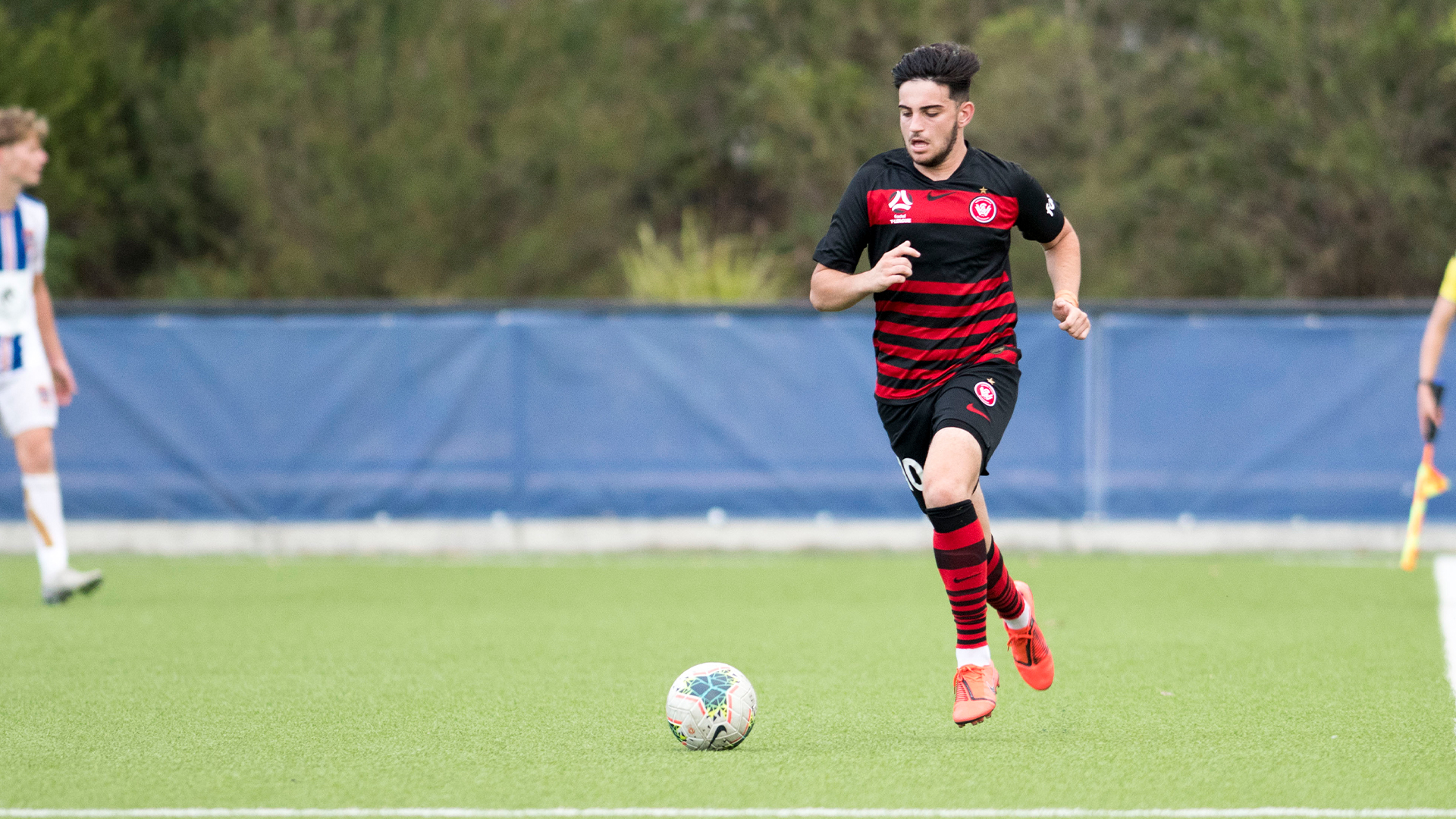 While the Wanderers were unable to repeat the feat of the last two seasons by reaching the Foxtel Y-League Grand Final, the team’s undefeated run of three games to end the season should give the Academy squad something to build on as they prepare for the 2020 NPL season.