The Hyundai A-League is a tougher slog than most think.

Pretenders are found out pretty quickly and those who do succeed know that any hint of inconsistency could see them pushed aside quicker than when they entered the limelight.

It’s an unforgiving landscape where only the toughest, the smartest and the most persistent survive.

And in the case of Vedran Janjetovic, you don’t need to do too much reflecting to understand just why the Wanderers gloveman fits into this category.

After six seasons in the ostensibly cut-throat world of goalkeeping in the Hyundai A-League, Janjetovic has not only survived every obstacle that has come his way but has also seemingly gone from strength to strength season after season.

In a period where the Wanderers have perhaps been below the lofty standards now expected of them, Janjetovic has been a constant performer ever since he made his debut for the club.

Janjetovic’s quality was no secret when he made the switch from cross-town rivals Sydney FC in December 2016 but the Cecil Hills local seems to have found another level in Red & Black colours. 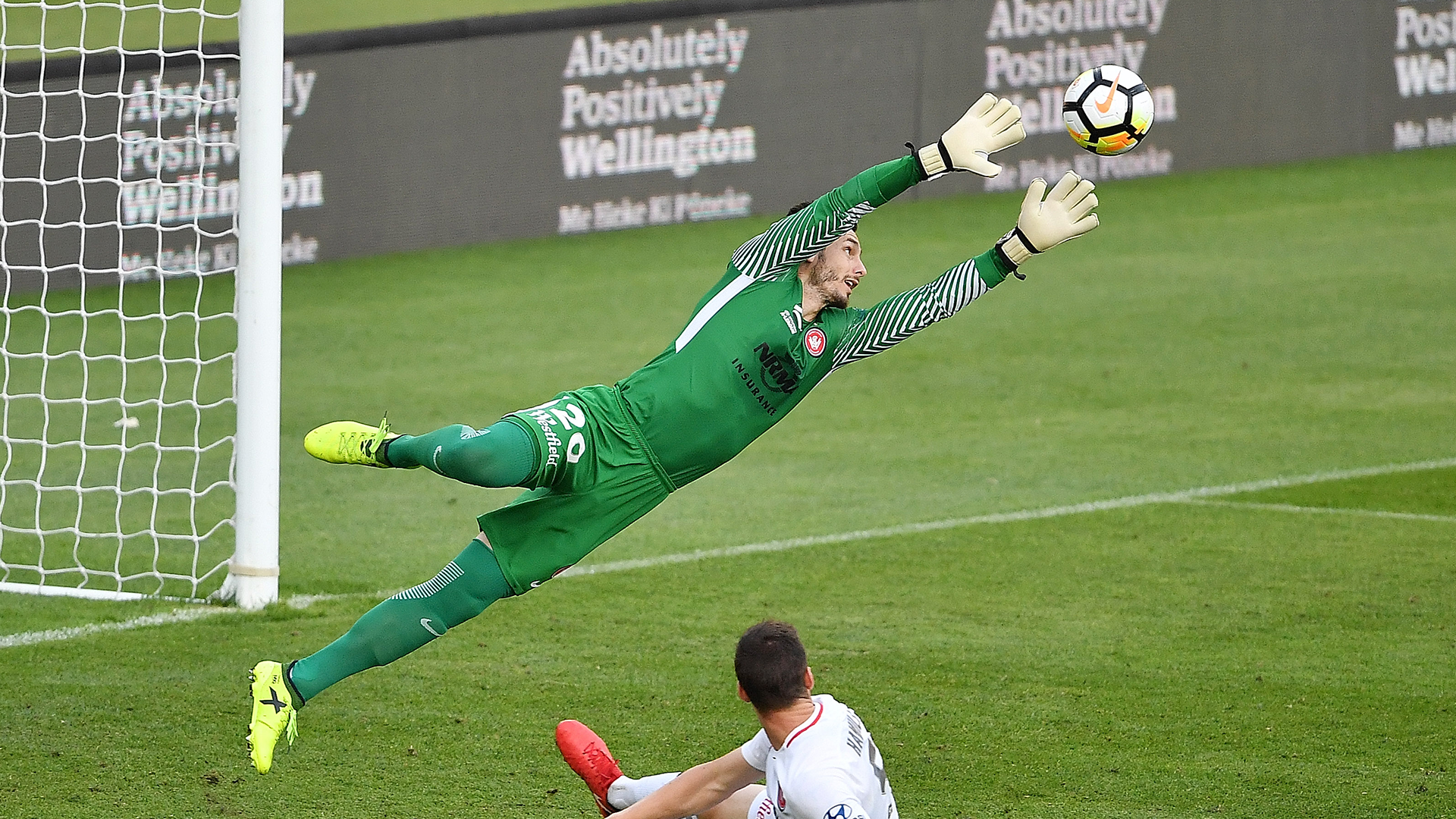 He’s deservedly emerged as one of the competition’s most respected and lauded keepers, and he has given every indication that his best football is still yet to be played.

It’s a just reward for a man who had to play a patient game to get to where he is today.

A Sydney United and Sydney FC junior, Janjetovic got his first taste of the Hyundai A-League with brief loan stints at Brisbane Roar in 2009 and Melbourne Heart in 2012 though he didn’t make any competitive appearances for either.

Janjetovic’s big break came at 25-years-old when he was offered a two-year deal with Sydney FC back in 2012.

He showed promise right from the start, keeping a clean sheet in his debut against Melbourne Heart in a season where he’d end as the club’s undisputed first-choice keeper.

Three more seasons at the Sky Blues would follow, including a trip to the Grand Final in 2015.

Though the allure of playing for his hometown club and working with long-time goalkeeper coach Zeljko Kalac proved too strong and Janjetovic made the fabled move to the Wanderers in December 2016. 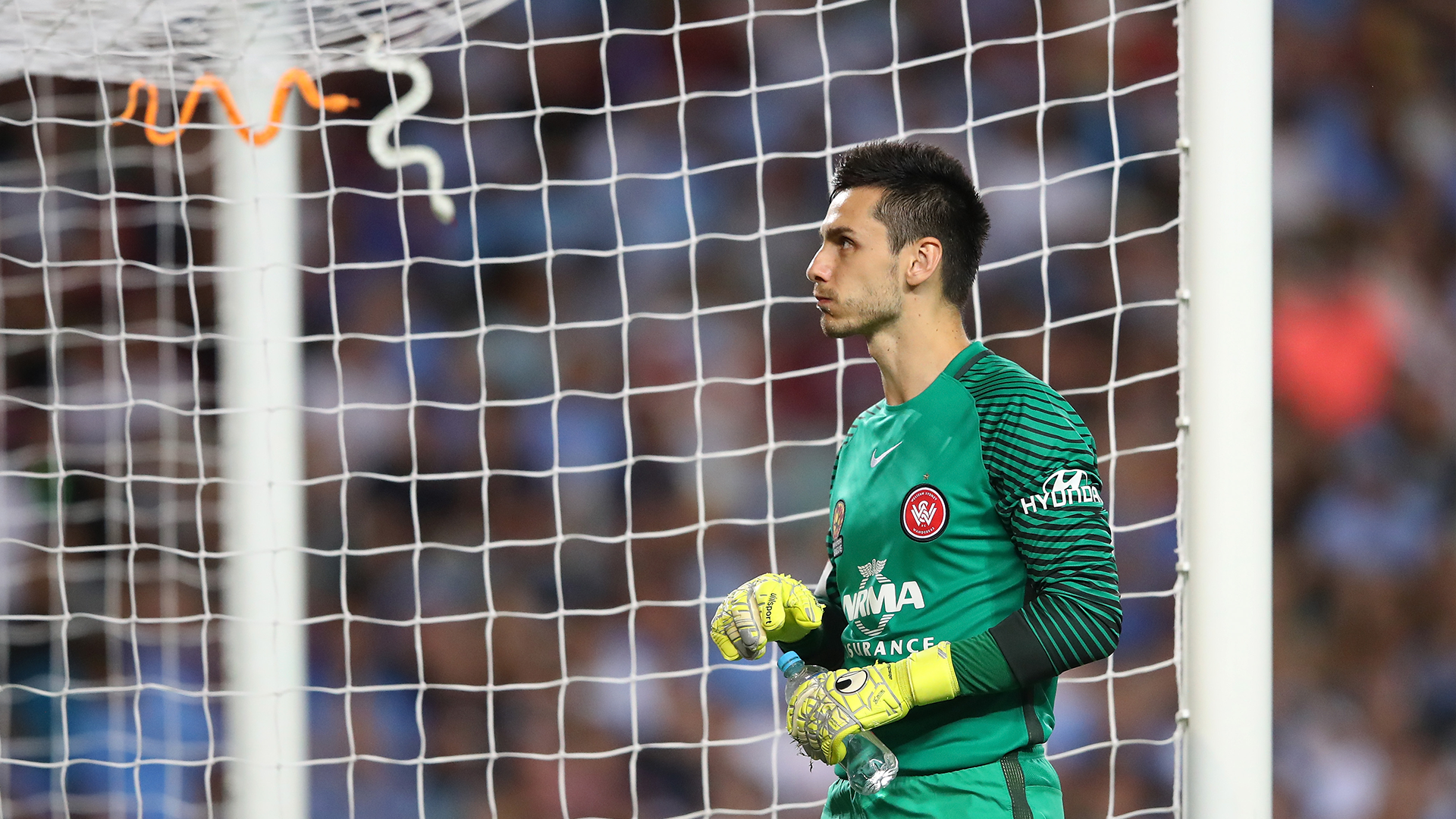 It wasn’t long until Janjetovic established himself as the starting keeper, bringing a much-needed stability to the Wanderers defence and leading the side to a finals appearance in his debut season.

In this, his first full season with the club, Janjetovic has grown into one of the squad’s leaders on and off the pitch, and is one of only five players in the Hyundai A-League to have played every single minute of the season so far.

Under current goalkeeper coach Davide Del Giovine, Janjetovic seems to have tightened the technical aspects of his game, something that becomes apparent when you look at his statistics for the season.

It’s no coincidence that Janjetovic leads the league with an impressive 93 saves so far this season – a figure that is 22 saves ahead of his nearest competitor.

He also leads the league in the ‘big chances saved’ category with 21 – nine clear of the next goalkeeper.

It would be no stretching of the truth to say that without Janjetovic, the Wanderers would be in a far worse position than they currently are.

At 30 years of age, it can be argued that Janjetovic is now very much entering his golden period as a goalkeeper.

And Wanderers fans will no doubt be hoping that it’s a period in which Janjetovic will be wearing Red & Black for many more years to come.