Defender and new signing Johnny Koutroumbis is ready to embrace the pressure and expectations from the Red & Black faithful.

Defender and new signing Johnny Koutroumbis is ready to embrace the pressure and expectations from the Red & Black faithful.

Koutroumbis joined the Red & Black earlier in the week after a five-year stint at the Newcastle Jets where he made 90 appearances in the domestic competition.

The 23-year-old plied his trade in South Australia playing for sides West Adelaide and Adelaide United in the National Premier League before earning an injury-replacement contract at the Jets back in 2017.

After breaking into the A-League with the Jets, Koutroumbis worked hard to earn a full season contract which saw him at the club until mid-2021.

With close to a century of appearances in the A-League, Koutroumbis knows what to expect as well as the challenge at hand at the Wanderers.

“Games against the Wanderers always had a sense of tension due to the fact that they are one of the biggest clubs in the country,” said Koutroumbis.

“The main decision to join the club was because I wanted to challenge myself under the pressure from the coaches and fans to be the best player I can possibly be.” 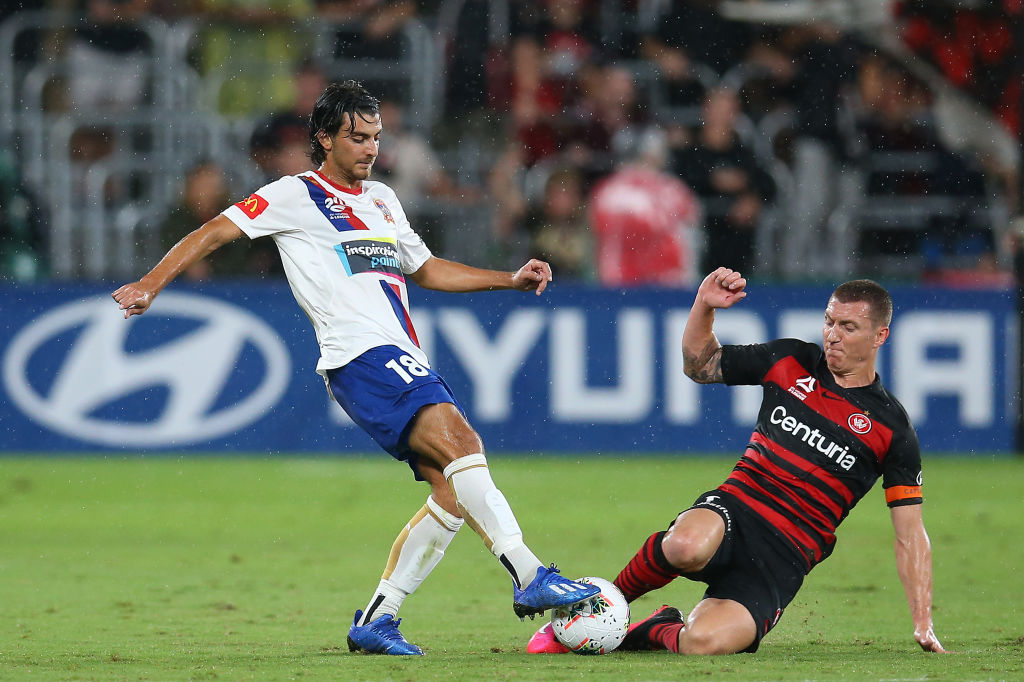 Koutroumbis is set to link up with head coach Carl Robinson for the second time of his career and arguably, played his best football during this period.

The defender credited Robinson in his development and is looking forward to continuing the journey now at the Wanderers.

“In the short time that I was under the Gaffa (head coach Carl Robinson) at the Jets, I felt as though I was a different player,” said Koutroumbis.

“He (head coach Carl Robinson) gave me the confidence and reassurance that a player like myself needs.

“His way of explaining different tactics were in real depth and he can get his players to buy into the game plan he’s trying to implement.”

With the Red & Black looking to build on their performances from last season, Koutroumbis has faith that the Wanderers will be able to go all the way.

“I have great belief in the Gaffa, the coaching staff, my teammates and myself,” said Koutroumbis.

“The goal for myself is to play in as many games I possible can in and win.

“From a club stand-point with our high expectations, I can’t see why we can’t make Finals.”