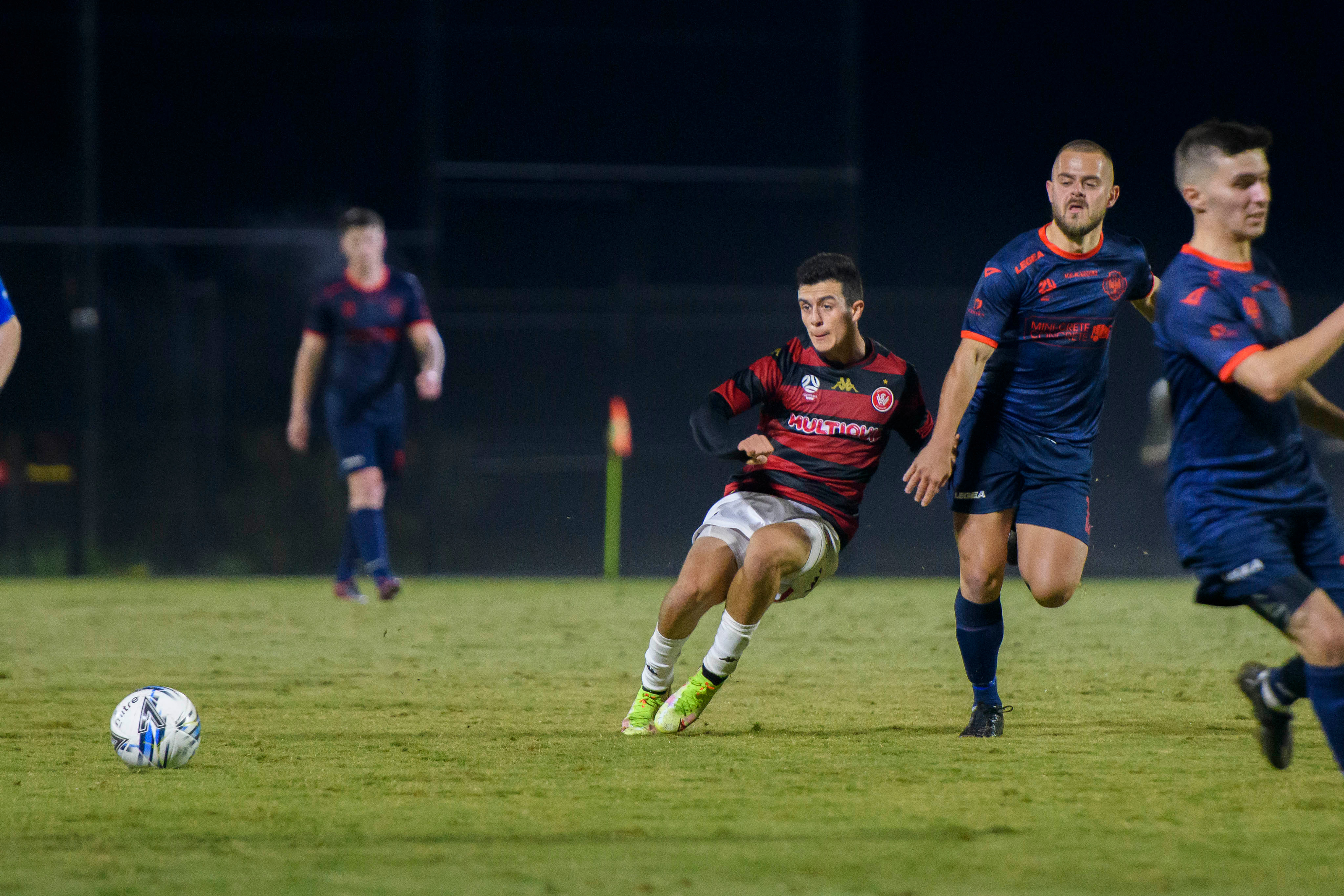 The Western Sydney Wanderers FNSW League One side are back at home on Saturday night, and are aiming for a third win in a row as they face St George FC at Wanderers Football Park.

The side performed strongly in the two previous away games, with a 3-0 win over SD Raiders last time out seeing a first clean sheet since the opening round of the season.

Connor Rose was the star man, assisting Jakov Malbasa for the first goal, before netting a double to take his tally to five for the season.

After a dip in form, the boys in Red & Black are back in the top four and beginning to build some positive momentum.

A win would cement their place in the promotion spots, and if other results go their way, a victory could see the side to top of the league.

Their opponents, led by former Socceroo Mark Milligan, are struggling near the bottom of the table.

They have only won two of their opening nine games, and they succumbed to a 4-1 defeat last round against NWS Spirit after taking an early lead.

The Saints have the ability to surprise, though, having taken points off top four side St George City FA.

They will also be keen to get a positive result for their captain Jacob Bandur, who will play his 100th game with the club.

Whilst Tomi Vidovic’s side will need to ensure they stay mentally focused ahead of this match, they will be buoyed by their strong attacking performances that see them have the best attack in the league.

A third win in a row would send a clear message to the rest of the competition.

St George were actually victorious last time these sides met at this venue, winning 2-1 after drawing the earlier match up 0-0.