The Sapporo Dome on the Japanese Island of Hokkaido was the stage for the much-anticipated Olyroos Opener against the might of Argentina.

The Matildas with a winning start against New Zealand, the men’s team desperate to do the same in the first Olympic appearance by the Olyroos in 13 years.

Their super positive coach Graham Arnold with high expectations after the bold statement ‘this team was ready to shock the world.’

Players from both teams took the knee to say racism of any kind is unacceptable on a hot and humid Japanese night.

The electrifying Daniel Arzani showed his flare early down the left flank. But while Argentina were on the attack, the Olyroos would match it in defence too.

15 minutes in the boy from Terrigal Lachie Wales ‘shocked the world’, on the end of a Joel King cross he guided it into the back of the net.

The Olyroos up 1-0 up courtesy of the former beach sprint champ from the Central Coast. 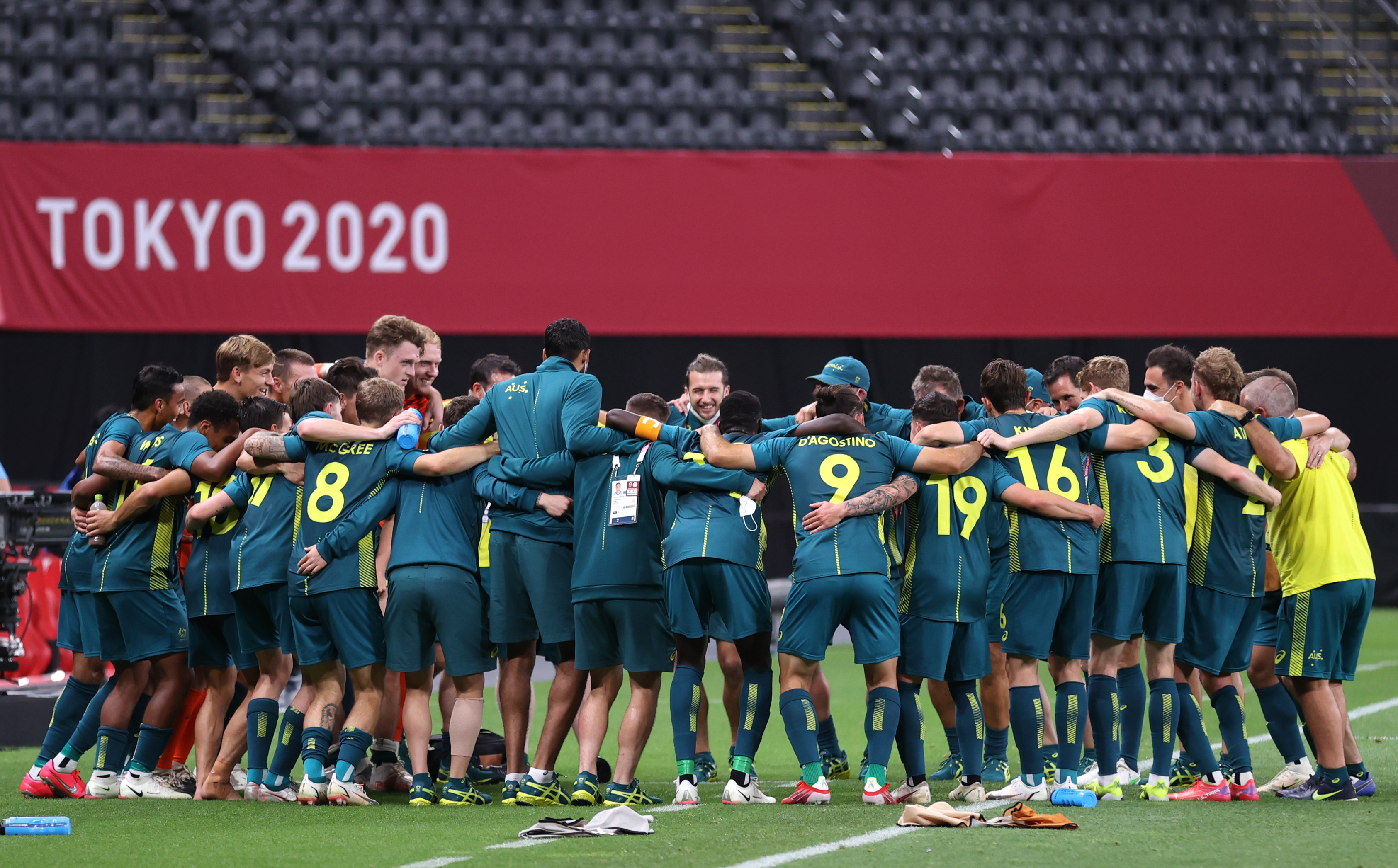 18th minute and Argentina’s Carlos Veuneswaile had a shot at goal, but the young Australians were up to it again.

29th minute and the Olyroos went oh so close with a bicycle kick from Riley McGree.

Argentina kept up the pressure late in the first half a long-range attempt hitting the crossbar after Glover let it sail over his head.

Lachie Wales hitting the woodwork himself a few minutes before the break, ruled offside either way.

Then a stunning moment on the stroke of half time the Olyroos chance of victory skyrocketed when Argentina’s Ortega was controversially red carded.

Daniel Arzarni was at it again early in the second half his shot saved by Argentine Goaly Ledesma.

Down to ten men but Argentina went hard at the Olyroos Glover needing to stop a long-range effort from Peres.

Yellow cards started to mount for the Australians, and a nervous moment in the 57th minute an Argentinian strike found the outside of the net.

Medina lucky not to be a second player red carded after leading with his feet while defending Australia’s goal scorer Wales.

In the 71st minute Wales looked set for a second before a great Ledesma save.

Riley McGree doing the lead-up work for Wales and could have probably scored himself, minutes later his long-range effort saw Ledsma scrambling before it landed on top of the net. 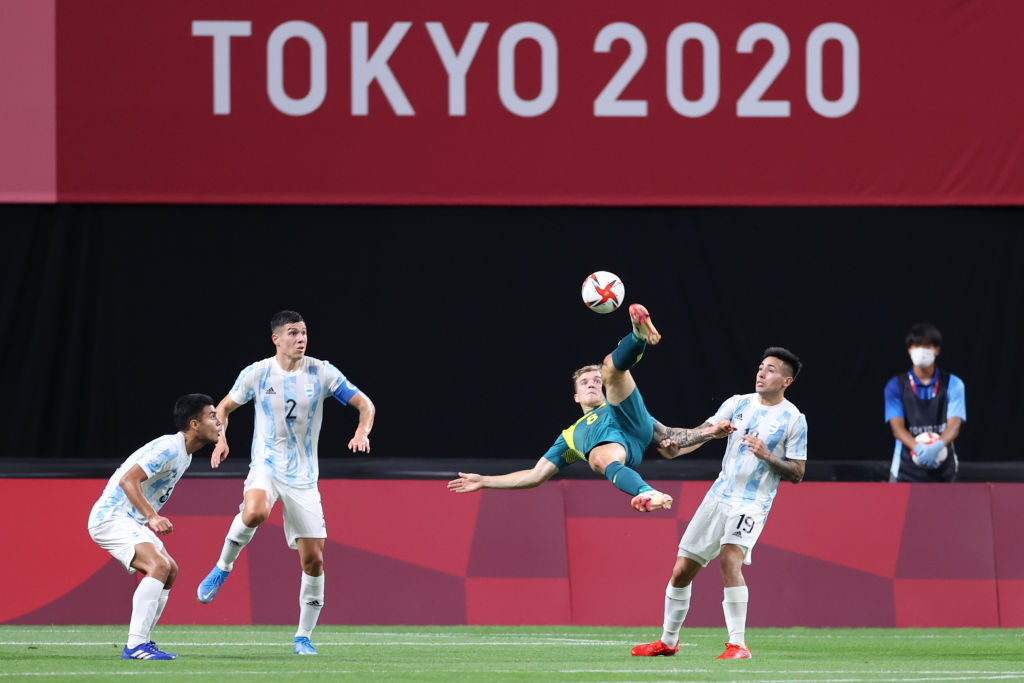 Then boom 80th minute Mitch Duke did the lead-up work for a brilliant strike from replacement Marco Tilio and Arnold’s team was up 2-0.

Australia’s win taking them to the top of the pool after the Spain v Egypt match finished in a 0-0 draw earlier in the night.

There was a late chance with Duke and Baccus combining, but Baccus’ strike flew wide.

An historic Australian win, 2-0 over Argentina.