Australia head into their final Olympic group game against the United States, with a quarter-finals berth in sight.

Australia head into their final Olympic group game against the United States, with a quarter-finals berth in sight.

Here’s everything you need to know about our upcoming match.

After an extended wait for Olympic competition, our Matildas got underway in the Women’s Football Tournament at Tokyo 2020.

We kicked off our campaign with a 2-1 win over New Zealand before going down 2-4 in a spirited match against Sweden.

With one match remaining in the group stage, our fate remains in our own hands. A good result on Tuesday night against the United States is crucial to progression.

Sweden were going to be a tough proposition after a convincing 3-0 victory against the United States in their first match, yet the Australians fought back valiantly after being behind early, with Sweden needing a moment of brilliance from Fridolina Rolfo to win back the lead, with the forward scoring a spectacular long-range strike late in the second half.

Meanwhile, the United States head into their last group match after an impressive 6-1 victory over New Zealand. Unfortunately, goal difference is not on Australia’s side, with coach Tony Gustavsson and his squad knowing only victory will allow the Matildas to leapfrog the Americans.

History was also made during the Sweden match, as Australia’s captain, Sam Kerr, became our country’s highest-scoring women’s footballer at an Olympic Games with four goals, overtaking the previous record-holder, Michelle Heyman. The two goals against the Swedes allowed Kerr to move outright, with many hoping the striker can add to her three goals already scored in Tokyo.

Many Australian fans panicked at the sight of captain Sam Kerr limping early in the Sweden match, however, the striker played on for the full 90 minutes and looked in great touch with two quality headed goals.

Australian coach Tony Gustavsson was impressed with the health of his players heading into the tournament and thankfully the trend has continued so far, with little breaks given between matches.

The United States squad is always packed full of stars and the Tokyo squad is no different.

Manchester City’s, Sam Mewis, who recently topped the ESPN’s 50 Top Female Footballers ahead of Sam Kerr will be a key cog for the Americans, with most of the Matildas having played for or against many of the United States side, either in the NWSL or in Europe.

The front three is a frightening sight, with superstars Megan Rapinoe, Tobin Heath and Carli Lloyd all expected to be named.

What better to reflect on before a match against the Americans, than our first victory, on their home ground no less.

The opening match in Australia’s 2017 Tournament of Nations campaign saw the Aussies travel to Seattle to face the reigning world champions. The Americans had traditionally been an unbeatable opponent for the green and gold with 27 previous meetings and 0 victories.

Not overwhelmed by the occasion, Australia pressed early, impressing many with their positive style of play. The mindset eventually paid dividends, with current Olympian Tameka Yallop latching onto a loose ball, firing home to score the only goal of the game, as Australia hung on to win 1-0.

A brilliant springboard to start the tournament, the Matildas went on to win all three matches and lift the title in front of the American supporters. The hope is, a positive result against the United States this time around, may provide the same springboard for success in Tokyo. 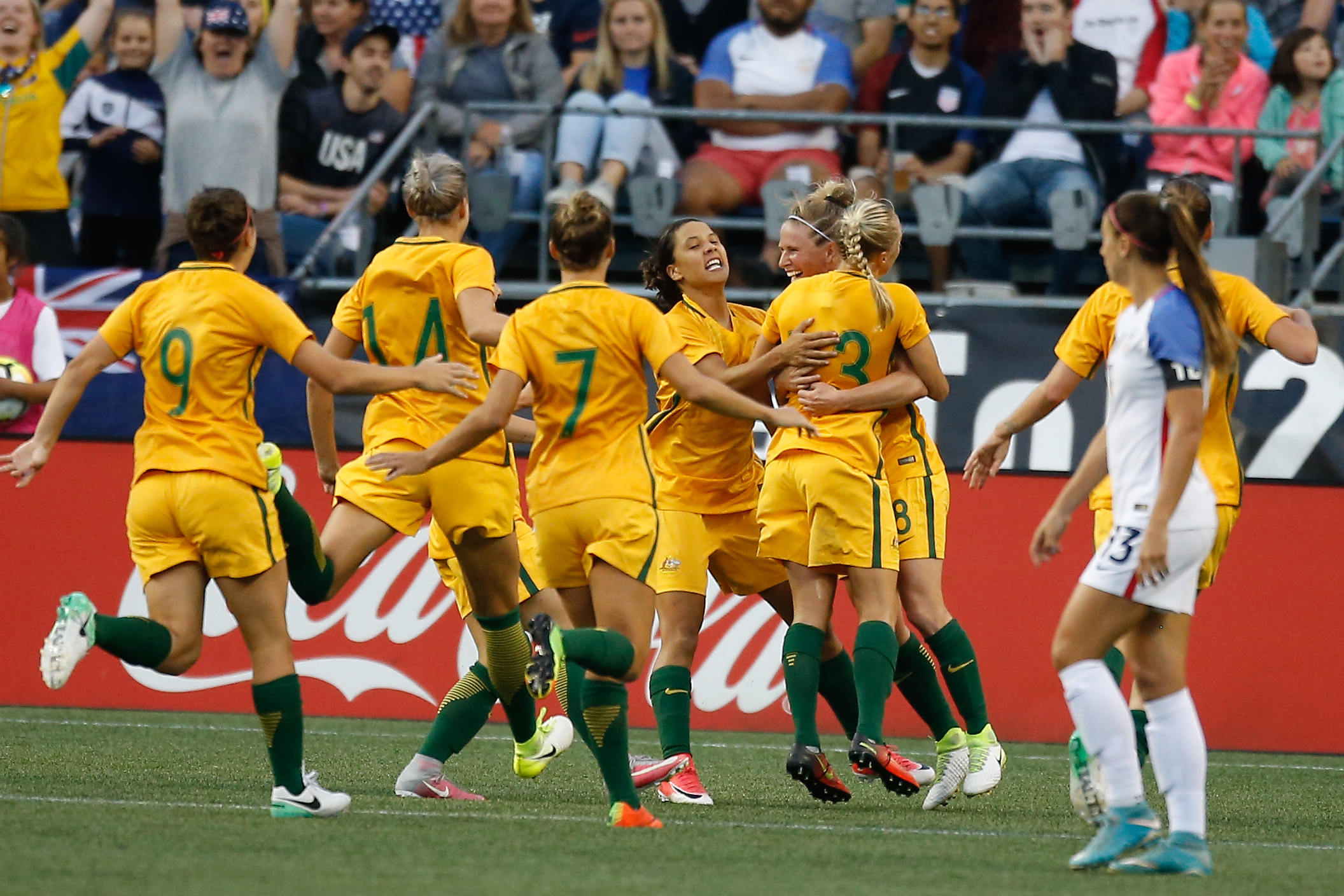