Wanderers announce the return of Duke

Western Sydney Wanderers FC have tonight confirmed the loan signing of striker Mitchell Duke for the remainder of the A-League 2020/21 season.

The Duke of Western Sydney returns to his hometown club on loan from Saudi Professional League side Al-Taawoun where he featured in 12 matches.

Duke joined the Wanderers back in January 2019 and made an immediate impact on his arrival, scoring on debut and going on to represent the club in an inspirational manner.

The striker had one of his career-best seasons with the Red & Black, captaining the side and scoring 14 goals in 26 games before securing a move to the Saudi Arabian side at the end of the A-League 2019/20 season.

Duke will depart Saudi Arabia immediately and will return to Western Sydney in the coming days to complete hotel quarantine.

Duke said he was delighted to have the opportunity to return to his hometown club.

“I’m very thankful to the Wanderers, Chairman Paul Lederer, CEO John Tsatsimas, and head coach Carl Robinson for giving me this opportunity to return to my hometown club,” said Duke.

“The Wanderers are my family and I’m so proud to put the Red & Black hoops back on again for what is set to be a huge season for our club and region.” 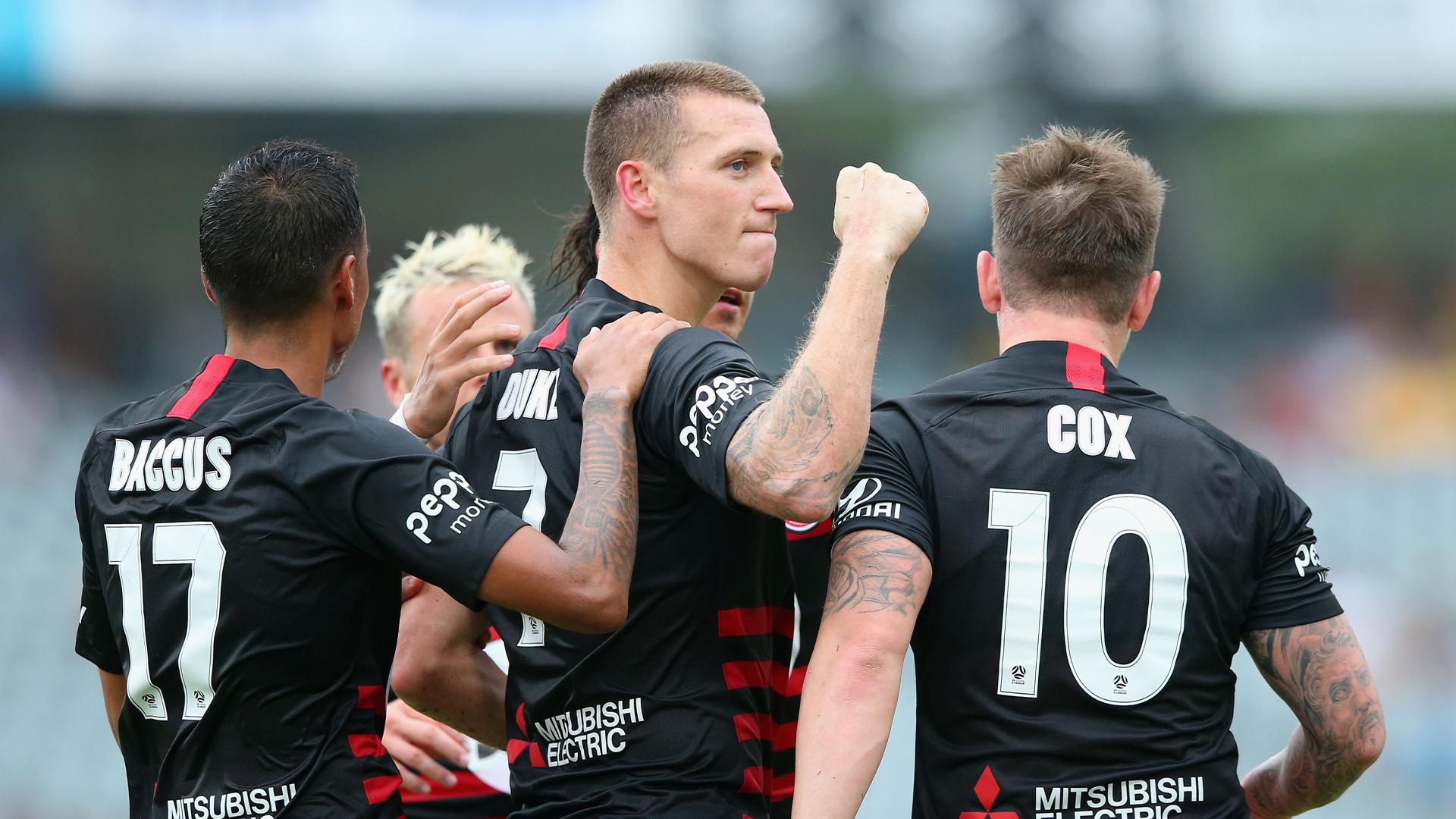 “We’re excited to welcome Mitch home, he’s obviously a wonderful talent and will be a great addition to the squad,” said Robinson.

“We’re building something special here at the club, Mitch will add to that both on and off the field. His relationship with the playing group and the people of Western Sydney is second to none and I for one am excited for what this squad will produce this season.”

“It is fantastic to have Mitch back at the Wanderers. We have always kept an open dialogue and when the opportunity surfaced, both club and player didn’t hesitate to embrace the opening,” said Tsatsimas.

“Mitch will significantly add to what we believe is a very good side assembled under Carl and we look forward to him exhibiting his known skill and unqualified determination to the cause.

“He comes to a place he calls home and knows like the back of his hand, and will hit the ground running. We can’t wait to see him in the Red & Black again very soon.”