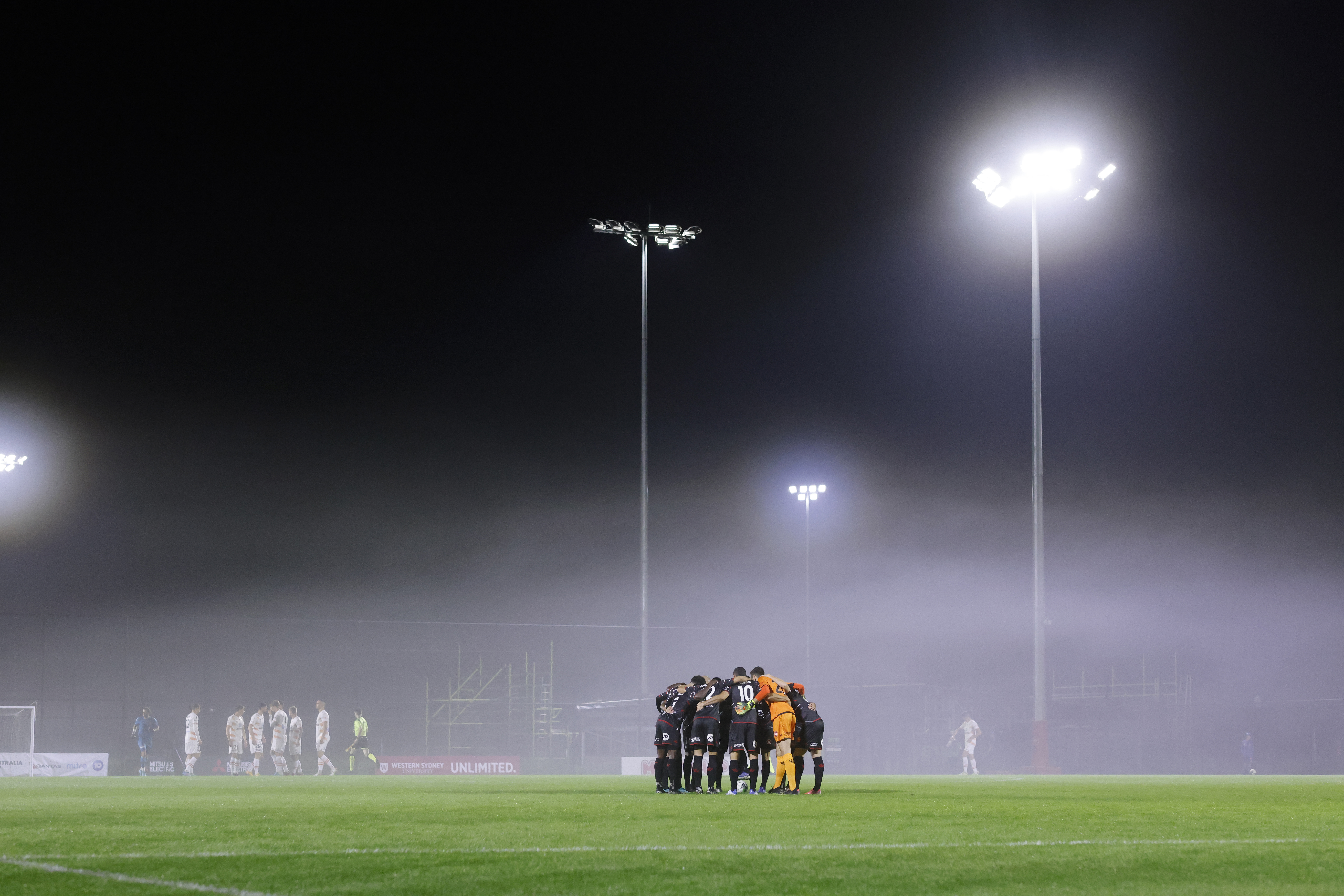 Brisbane Roar have come defeated Western Sydney Wanderers 3-1 in a come from behind away win to progress to the Australia Cup Round Of 32.

It was a quick start for the Wanderers on Friday evening as they took the lead at Wanderers Football Park after just 7 minutes of play through Jarrod Carluccio.

One week prior to facing the Roar, Carluccio netted his first goal for the Red and Black and it was the 21-year-old who fired Mark Rudan’s side into the lead early into the match with his strike firing past Jordan Holmes.

Wanderers nearly doubled the lead before the 30th minute mark but for two goal-line stops from the Roar backline keeping Western Sydney at bay with a slender 1-0 lead.

Juan Lescano carved out a golden opportunity for Roar to equalise after rounding Tomás Mejías in the Wanderers goal, but the 29-year-old’s strike rose into the foggy Western Sydney sky.

Following the break, half-time substitute Cyrus Dehmie made no mistake from close-range as the 19-year-old’s goal allowed the Roar to strike seven minutes after the interval.

Just six minutes later, fellow half-time substitute Luke Ivanović struck with a curling strike from the edge of the area past an unsighted Mejías to give Brisbane the lead.

On 75 minutes, the 21-year-old super-sub Ivanović caused havoc once again for the Wanderers defence as the lighting quick-winger ran in on goal and coolly slotted past the keeper to make it 3-1.

It was a calm and composed finish, icing the match for Warren Moon’s side and ensuring Brisbane Roar will be in the draw for the Round of 32.