The Western Sydney Wanderers U17 Academy squad have defeated Guangzhou Evergrande 4-1 in the opening match of the 2018 Evergrande International Tournament.

The Western Sydney Wanderers U17 Academy squad have defeated Guangzhou Evergrande 4-1 in the opening match of the 2018 Evergrande International Tournament.

Goals by Dylan Ruiz-Diaz, Thomas Aquilina, Jacob Casha and Stephan De Robillard secured a comfortable win for the Red & Black in their first match of the tournament.

The Wanderers dominated from the outset and found the opener in the 30th minute through Ruiz-Diaz who smashed the ball into the top corner.

Aquilina went on the double the Wanderers’ lead with an incredible goal that saw him lob the ball from the half-way mark.

Guangzhou struggled to get into the match and pulled one back through a free-kick in their own half, firing past Wanderers goalkeeper Gabriel Osinga to make it 2-1. 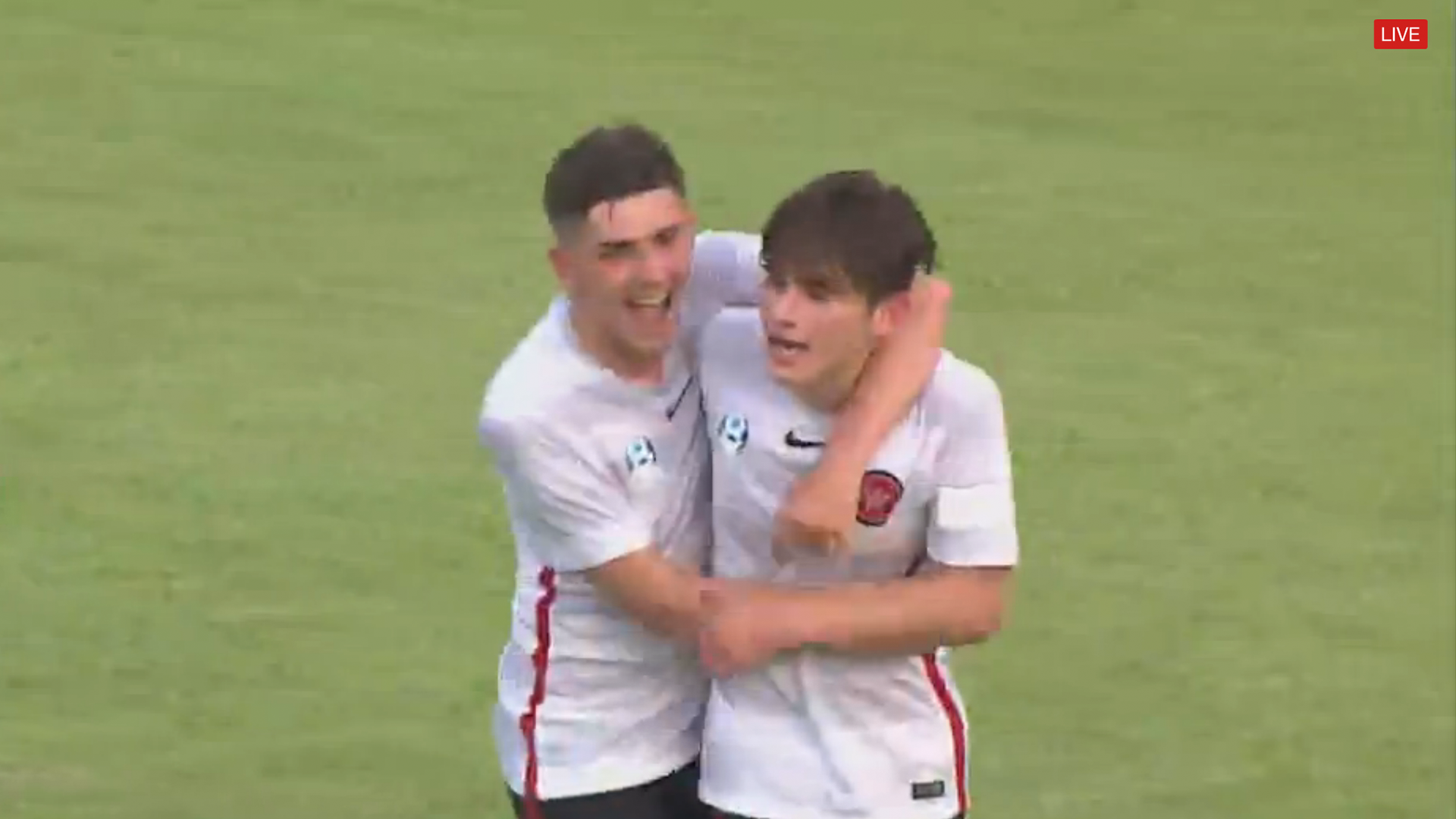 The Red & Black continued to apply pressure and a well-timed pass from Lochlan Constable to substitute Jacob Casha provided the Wanderers with their third goal of the match with Casha slotting the ball into the far corner from close range.

Ruiz-Diaz then continued his fantastic performance, feeding the perfect ball to substitute De Robillard who rounded the keeper and wrapped up the match 4-1.

The Wanderers will now take on Palmeiras from Brazil in their second match of the 2018 Evergrande Football Championship.