It was honours even on Sunday morning in the Foxtel Y-League Sydney Derby at Valentine Sports Park.

It was honours even on Sunday morning in the Foxtel Y-League Sydney Derby at Valentine Sports Park.

An early goal from Wanderers winger Rory Jordan was cancelled out near the end of the first half by Sydney striker Jaiden Kucharski, and with no further scoring after the break the teams had to settle for a 1-1 draw.

There were less than two minutes on the clock when the Red & Black found the opener. Wanderers debutant Dauntae Mariner saw his shot parried by Sydney goalkeeper Levi Kaye, and Jordan was in the right place to score from the rebound.

Jack Greenwood was also active in the Wanderers goal, making a couple of good saves. At the other end, Mariner continued a strong debut performance when he tested Kaye again after a swift counter-attack. Jordan was then inches away from doubling the Wanderers lead as he smashed the ball against the post from an acute angle.

The game calmed down after the fast start from both sides. 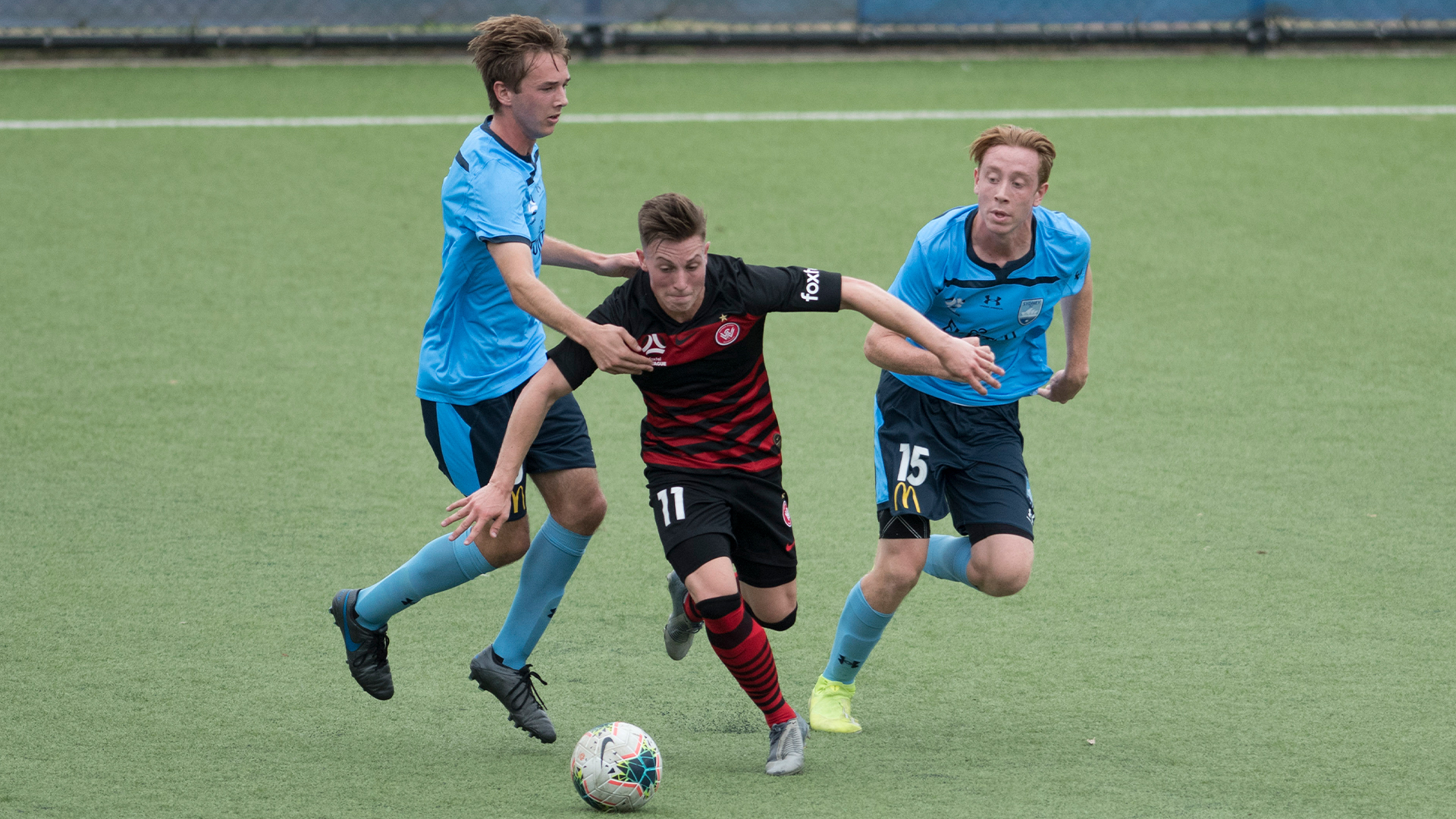 The Red & Black worked hard to keep the opponents at bay, with Mohamed Al Taay making a number of excellent tackles. However, the boys could do nothing in the 37th minute when Kucharski fired an unstoppable long-range shot into the net to make it 1-1.

The Wanderers responded well to the setback and Jacob Vasiliou hit the side netting after getting on the end of a great free-kick from Lochlan Constable.

The goalkeepers were tested early in the second half. Kaye showed good reflexes to prevent an own goal off a wicked inswinging corner from Peter Grozos and Greenwood had to be sharp to deny Jake Hollman. 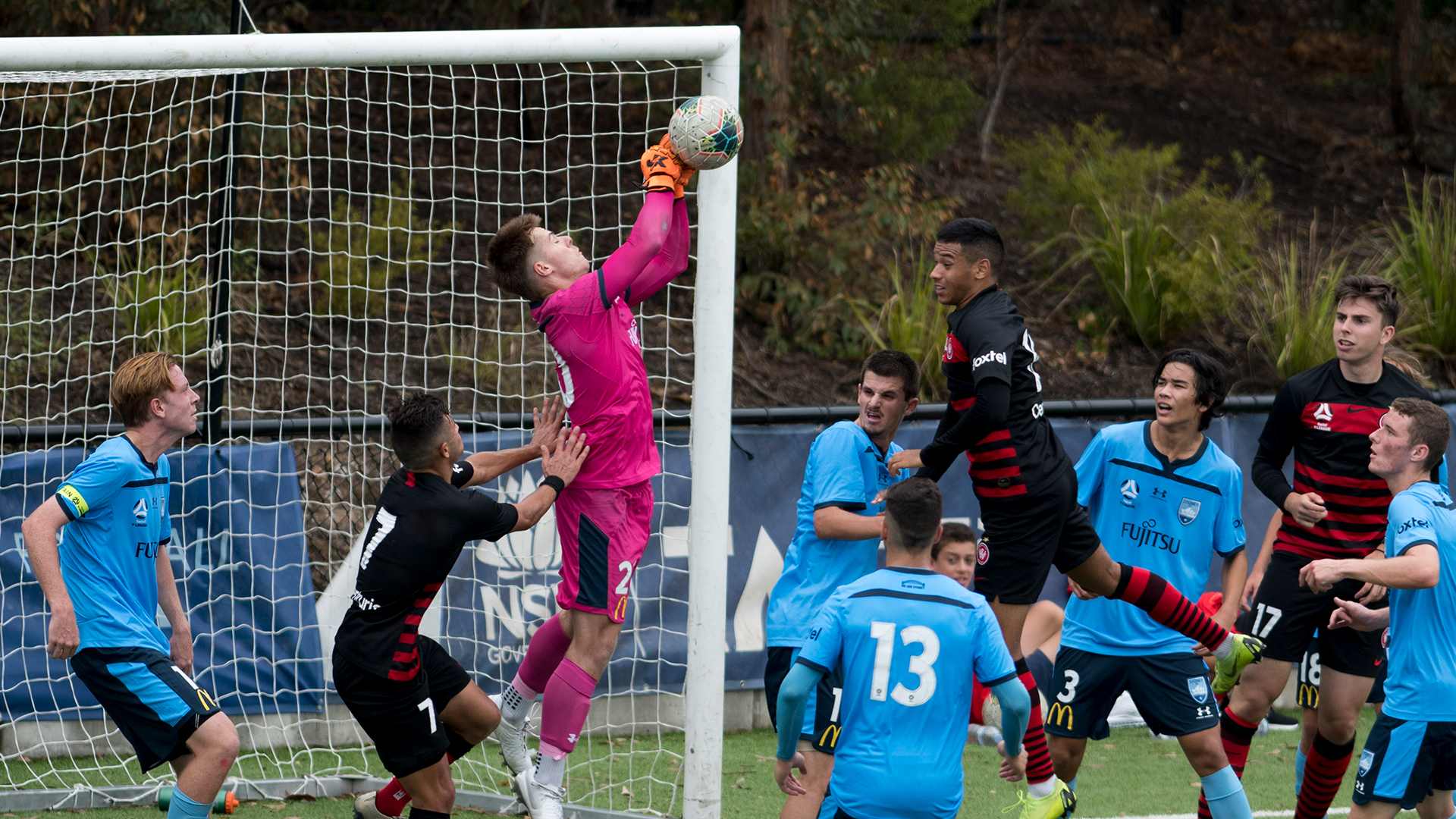 Grozos then came to life, setting up substitute Evan Tsakos and Jordan in quick succession, but Kaye was equal to the task on both occasions.

Sydney put the pressure on in the closing stages. Marco Tilio and Benjamin Koop forced Greenwood into crucial saves, while there were also last-ditch tackles from Mathieu Cordier and Mark Natta.

A late flurry of Wanderers corner kicks yielded no reward, and the game finished with the score at 1-1.

The Wanderers Foxtel  Y-League squad return to Marconi Stadium for their next match against Newcastle Jets on Saturday at 6:00pm.